What is an Endowment, Anyway?

An endowment is a funding account that uses compound interest to generate funds in perpetuity—that is, forever. Although it may sound impossible, the process really isn’t all that different than the interest you see in a savings account. Consider taking a dollar out of your pocket and taking it to the bank. At the end of the year, you have that original dollar plus the interest it has earned. An endowment works by taking the interest out, but leaving the original dollar (called the principal) in the bank. That means that the next year, you can come back to the bank, and still get the same amount in interest--and the same for the next year, and the next. If you left that principal in the account long enough, you would be able to draw out more than one dollar in interest payments—in fact, much more.

Now, imagine that instead of taking out the interest the first year, you left some of that interest in the bank. That would mean that the next year, your account would have new interest applied to it—the interest on your first year PLUS the interest earned on the first year’s interest. The more compounding periods there are, the more the account grows. So even with modest donations, small endowments can grow to be quite large over the long term. This is where the power of compound interest really becomes apparent. In fact, Albert Einstein is apocryphally said to have called compound interest “the most powerful force in the universe.”

So, instead of one dollar, do the same thing with a lot of dollars—and instead of one year, let the interest compound for several years. Each dollar added and each year compounded increases the total value of the endowment. No matter how little money you start with, you are able to generate interest every year to help fund the schools.

We don’t pretend that this is a “quick fix” of any kind. However, the effectiveness of an endowment as a long-term solution is clear: if the community had come together to put as little as $10,000 into an endowment 50 years ago at a 6% interest rate, that endowment would be $184,000 today—and the school would be able to draw $11,000 per year in interest. Every year, that $11,000 would be donated back—a permanent annual donation that is even larger than the original investment. If the returns on the account had been 10%, instead of 6%, the total endowment would be over one million dollars today, with nearly $120,000 in interest accrued every year.

But try it out for yourself. Click here to access a compound interest calculator. You can adjust the time, principal, and interest rate to see how an endowment works. 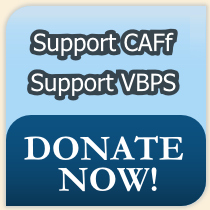